Spanish Tile – A Brief History of their Origin 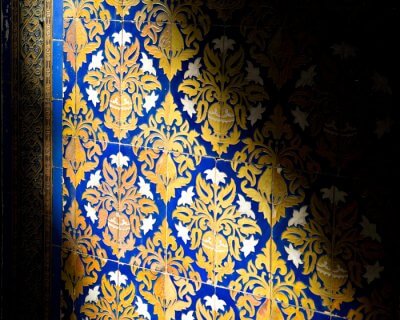 Modern-day Spanish tiles range from elaborately decorated and colorful mosaic tiles to those with options for replicating wood floors. The tiles may be quite expensive but are extremely high-quality and durable. From bathroom and kitchen ceramic Spanish tiles to high quality wood look Spanish tiles you can find a host of different finishes. The origins of Spanish tile however, are modest and stretch back thousands of years.

Before then Muslim invasion of Spain in the year 711, ceramics had been utilized in structural design in the form of unglazed bricks, mosaic prices, roofing tiles, water channels, eaves, etc.  However, the introduction of glazed tiles or tiles enameled with metallic oxides was a contribution of Islamic culture.  The first European use of such tiles was in Spain, and their use eventually spread throughout the Western world.

Mayólica is the Spanish term for tin-glazed earthenware.  As early as the 17th century in Spain, the name “Talavera”, after the Spanish ceramic center of Talavera de la Reina, also became synonymous with tin-glazes pottery.

During Medieval times, ceramics were widely produced in Southern and Coastal Eastern Spain, such as tiles for decoration and construction, as well as earthenware utilitarian pieces.  Great pieces of artisan tile were created for churches and palaces throughout Spain.

Tiles and other ceramic pieces were exported from Seville and Cadiz first throughout the Mediterranean and then later, the world. With time, the knowledge and styles of ceramics developed in Spain diffused throughout Europe, making Spain just one of many centers of tile and ceramic ware manufacturing.  One of the greatest recipients of this tradition was Mexico, centering in the colonial capital of Puebla.  Latin Accents is proud to bring you the products of this centuries old tradition.