- By Design Category
- By Color Group 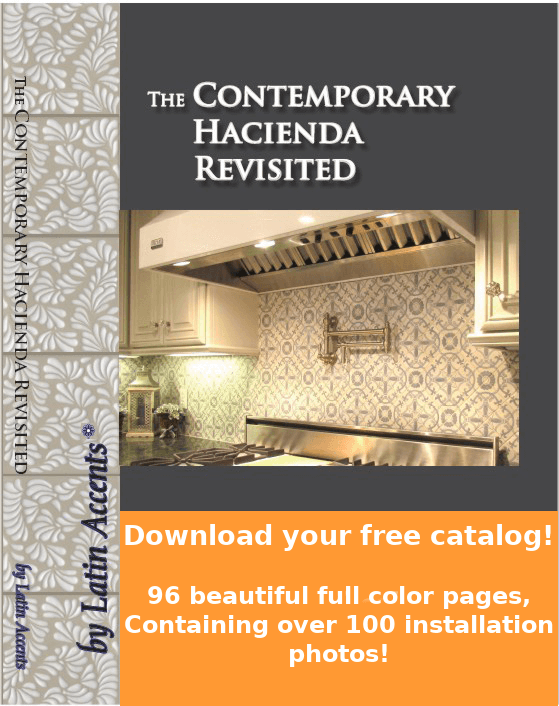 The Merced Theatre was built in 1931, during the

great age of grand movie houses, to seat 1,645 customers in air-conditioned comfort, in a dreamy exotic setting.Designed by San Francisco architects Reid Brothers (who also designed the Hotel del Coronado near San Diego) in a Latin, California Revival style, the interior of the Merced Theatre

evoked strolling through a quaint Spanish village from a past century.Over the years, the unique interior was gutted to make way for a four-plex cinema, and eventually the theater was closed. Beginning in 2007, a rehabilitation plan was begun to return the theater to its former glory. Latin Accents was chosen to recreate that portion of the 80 year old historic Hispano Maresque Company tiles that had been too heavily damaged over time to be included in the renovation.The theater was added to the National Register of Historic Places (NRHP) in 2009.

In each of the photos above, the original 80 year old tiles that could be preserved are on the left. The Latin Accents reproductions are on the right. An effort to conserve the past and maintain a tight budget succeeded for the theater renovators.

Below is the Latin Accents Commercial Installation Photo Gallery of sites across the U.S. showing renovated theaters, commercial buildings exteriors , and public parks and fountains.

Note: Printing and website color representation was submitted as accurately as possible but variation can occur in its final form.  Variation is inherent in all material.  Please request samples to verify color range.

The durability of porcelain makes our products of commercial grade for exterior, non flooring uses. Hotel pools, decorations on the exterior of commercial buildings, in restaurants and hotel guest bathrooms have been common applications. 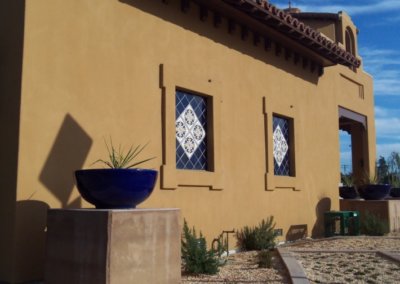 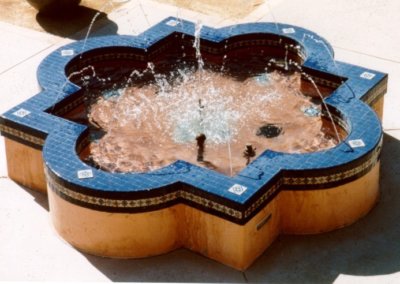 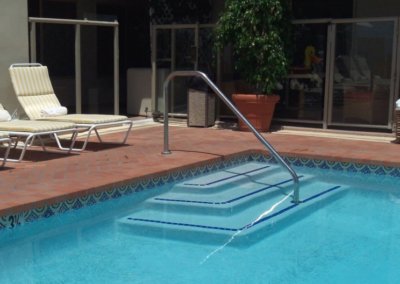 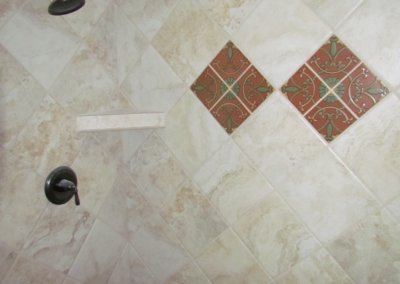 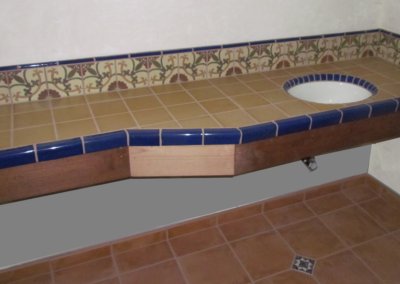 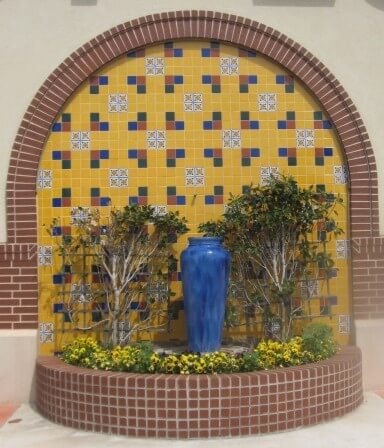 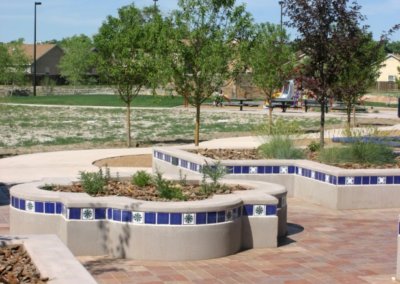 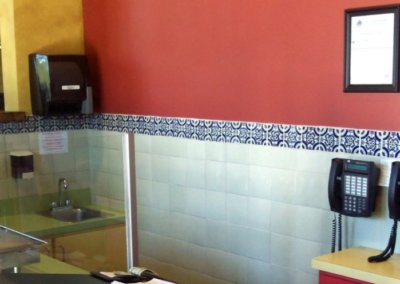 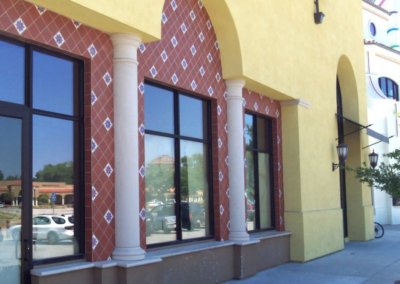 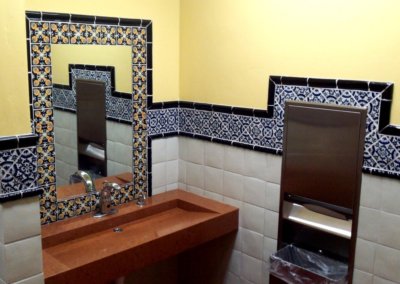 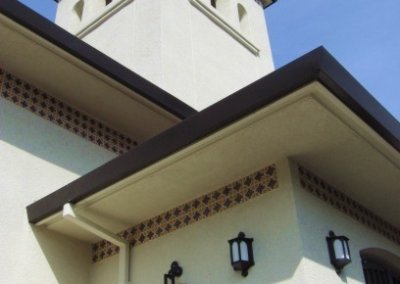 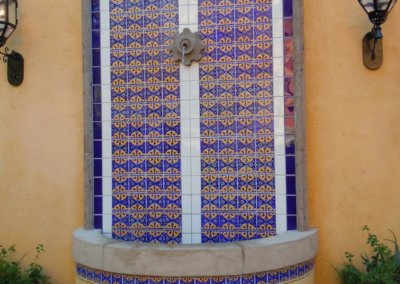